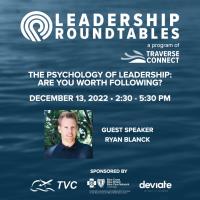 Leadership Roundtable: The Psychology of Leadership: Are You Worth Following? 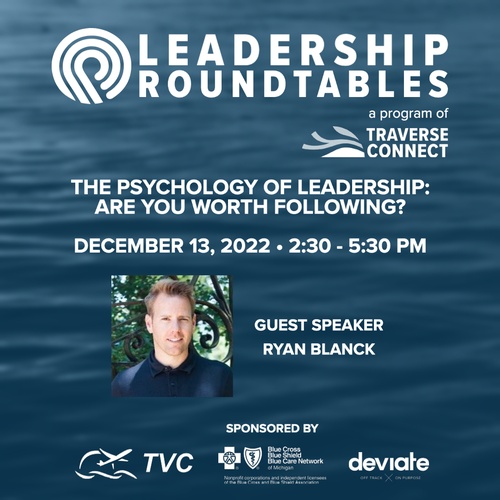 Ryan works with sports teams and businesses at the highest levels (NFL, NCAA, massive brands, etc.). And, it’s important for you to know, the material he teaches is relevant to any leader in any organization – regardless of your size, geographic location, tenure, or industry.

His lessons are applicable everywhere from the boardroom, to the field, to the kitchen table; his teaching is extremely practical and simple to understand and implement. Takeaway here is you will leave his program feeling inspired, and you’ll be armed with tangible, tactical practices you can put to use immediately – which for any organization is very powerful. This is a key difference that separates Ryan from most speakers, especially technical academics. He’s a hands-on teacher, and his talks come with much more than just a keynote.

The short story is Ryan's program, which is best described as a large group coaching session, is the foundation of how they grow their client’s culture as the company scales. It's called the Psychology of Leadership: Are You Worth Following? and it's all about getting teams to communicate their needs and become solutions-focused; he teaches what it means (the mindset) and what it takes (the how; their Guiding Principles) to be a leader worth following. It's a heady subject, and when you hear how he does it, things get very real very fast. It's unforgettable.

As mentioned, this is much more than a standard keynote. In fact, if you're looking for someone to just come in and deliver a talk, and then leave, this is not the event for you. 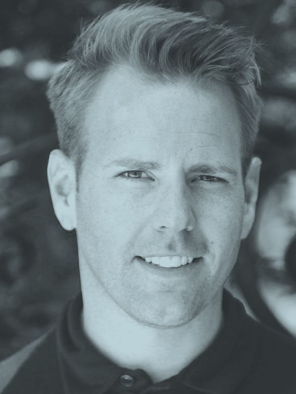 It only takes a minute with Ryan to experience the infectious authenticity, enthusiasm, and positive attitude that help make his partnerships with clients so successful. He enables them to ascend to the top of their profession without losing themselves in the process. He and his team have helped organizations rebound from turmoil; scale start-ups; built cultures for locker rooms, corporations, and world tours; coached executives, rock bands, athletic coaches, and professional athletes; and advised a successful foreign presidential campaign.

Ryan is an expert facilitator with a gift for bringing out the best in people. Currently, he is the performance coach for high-capacity leaders around the world. He delivers life-altering coaching and experiences in partnership with the National Football League, within championship-winning football programs like the Philadelphia Eagles and Clemson University to Detroit Lions, Cleveland Browns, and Western Michigan University, and the iconic music industry agency William Morris Endeavor.

He has been a guest leadership educator at the University of Pittsburgh, Belmont University, Vanderbilt University, Penn State University, & Stanford University's Business Leadership Program. He’s been interviewed about leadership & training The Huffington Post, The Deseret News, & magazines such as Esquire, YFS, & Vim & Vigor.

In 2016 Ryan was recognized as one of SigEp’s Top 40 Under 40 & in 2017 he was a recipient of the Western Michigan University Haworth College of Business Outstanding Young Alumni Award.

"My only regret is not working with them earlier." Joe Douglas, General Manager, New York Jets

“NFL executives from just about every team were lined out the door waiting to speak to him immediately afterward.” Rob Hoffman, Vice President of Club Development, National Football League

"Kevin (O'Connell, head coach) and I get so much value in our conversations with them." Kwesi Adofo-Mensah, General Manager, Minnesota Vikings

"Partnering with Ryan has been the best investment I’ve ever made for our program. I trust no one more with the hearts of our players and coaches than him. He’s turned the most obscure, intangible thing, culture, into something tangible and measurable.” Tim Lester, Head Football Coach, Western Michigan University.

Our experience with Ryan was shocking. He's the best facilitator we've ever seen. We'll never have a meeting or retreat without him." Mairead Martin, Cheif Information Officer, Educause