Owner Dean Adams is a northern Michigan native who began working in the building industry as a framer in 1998. He studied engineering at Grand Valley State University. Adams moved back to Traverse City in 2002 and with his wife Tricia, founded Bay Area Contracting in 2007.

Bay Area Contracting has won numerous Parade of Homes awards since first entering in 2008; he was named Distinguished Builder of the Year for 2009 by the Home Builders Association Grand Traverse Area; in 2010 he was selected for the Traverse City Business News 40 Under 40, and in 2013 Bay Area Contracting was chosen as one of the Top Ten Small Businesses by the Chamber of Commerce members and as one of the Red Hot Best Businesses of Northern Michigan by readers of Traverse Magazine. 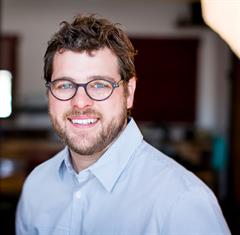